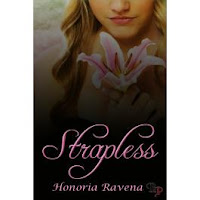 Suffering from heartache over her broken engagement, Nadia has sworn off men. Elisheba, who has been a confidant throughout the break up, has always stood by Nadia—but Elisheba has more on her mind than friendship.

Getting dumped never seemed to hot!

Nadia and her fiancée have decided to go their separate ways. She’s not looking for anything sexy or raw. And then came Elisheba. So much for good intentions.

This is a fun little story by Honoria Ravena. The women don’t back down and say exactly what’s on their minds. This might be short, but it hooked me right away. I felt like I was right there with Nadia and Elisheba, smelling the smoke from the bar and tasting the tang of salt on skin.

Keep in mind, this is a short story, so there isn’t as many details and back story as I might have liked. I did indeed feel like I was there, but I wanted to know more about both girls. But short on details doesn’t mean it’s short on heat. Wow. There were times when I had to defog my screen. I’ve never thought a woman in a strapless dress was sexy (it just never crossed my mind to think about it), but the description of Nadia in her dress was sweltering. The scene in the elevator had me squirming. I’ve read my fair share of elevator love, but the feelings between Elisheba and Nadia are palpable. I wanted to know more about them and what happened after the story. And talk about the inventive use of toys. I read and reread because I couldn’t get enough.

If you want a story that’s sure to deliver a bit of escapism on a long afternoon, or to heat up a chilly evening, then you need to read Strapless. I give it 3 cherries.

Posted by The Long and the Short of It Admin at 4:09 AM
Email ThisBlogThis!Share to TwitterShare to FacebookShare to Pinterest
Labels: Author O-R, Breathless Press, Contemp, F/F, Short Story, Three Cherries, Toys

Glad you liked Strapless! Thanks for the great review!